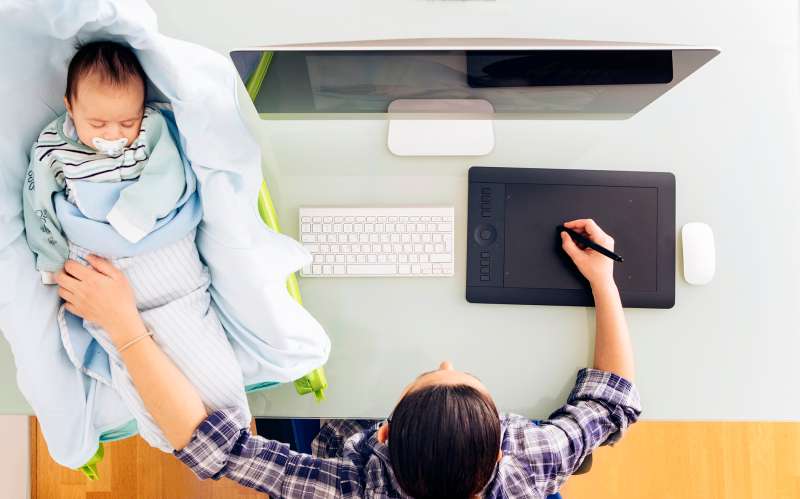 Things are getting interesting in the U.S. workforce.

Companies are hiring more workers, wages are starting to grow, and unemployment was down to 4.9% in July. Employers are experimenting with flexible hours and more generous work-from-home policies; more of them are providing both male and female workers with paid parental leave; they’re even installing beer taps in the workplace.

The situation isn’t perfect by any means. Wages for jobs in the middle of the income spectrum aren’t benefitting from the infinitesimal growth that the lowest paying positions are experiencing (just ask teachers). The gap between the richest and poorest workers grows wider by the day. Many Americans have simply given up looking for a job.

But there’s been a renewed emphasis on worker’s rights in recent years. Things like paid leave, an increase in the minimum wage, and equal pay for women were largely overlooked during the recession, but have been top priorities for business leaders, the media, and politicians recently.

Here’s where labor issues stand in 2016:

It found that some jobs are seeing double-digit gains. Unsurprisingly, those include jobs in the technology, health care, and financial sectors. Certified nursing assistants and sales managers have gotten nice raises. Strategists, financial advisors, and front-end developers are also enjoying wage gains well above the economy-wide average. Meanwhile, a more diverse set of jobs have actually suffered wage loss, like copywriters, delivery drivers, and property managers.

Yet as Money reported, it’s the lowest-paying jobs—such as those at gas stations and food and beverage stores like Starbucks —that are actually seeing the biggest gains, thanks to increases in the minimum wage at the state and local level and a more educated workforce. Target, Walmart, and JPMorgan all recently announced wage increases for their lowest-paid workers.

“[M]any of the private-sector jobs that have been added since the Great Recession are either in high-paying professional service sectors or in lower-paying industries such as retail, with few well-paying jobs available for workers without advanced degrees,” writes the Brookings Institute.

But as the unemployment rate drops and the workforce becomes increasingly more educated, employers will be forced to increase wages from the current minimum if they want to fill vacancies.

As more jobs open up, wages are expected to grow further. But the growth will likely be slow.

“In our view, wage growth outside of low pay sectors is likely to gradually increase as the overall labor market tightens,” economists from Bank of America Merrill Lynch wrote in a recent report provided to Bloomberg. “However, the trend will be slow, and will likely remain below that of low pay sectors.”

Meanwhile, an increase in the federal minimum wage, which currently sits at $7.25 (though many states and localities have instituted their own, higher minimums), has been a central fight of labor groups for several years. Recently, the Fight for $15, which advocates for a $15 minimum federal minimum wage, has made inroads across the country: Seattle, Los Angeles, New York State, and California have all said they will phase in $15 minimums over the next few years.

Opponents of raising the minimum wage say this will cause layoffs, as small businesses are squeezed. Higher wages will encourage employers to outsource to cheaper labor pools or automate positions. New Jersey Gov. Chris Christie vetoed a $15 minimum wage bill Tuesday, saying individual businesses should set their own wages.

Equal pay has become one of the most visible efforts for gender equality in the workplace in recent years. Women across the country, from A-list celebrities to professional athletes to tech workers, are speaking out against unfair pay practices in their industries and demanding more. On average, women still make significantly less than men, at all levels, regardless of experience, education, or hours put in at the office.

The latest attempt to close the gap has been salary transparency: The Equal Opportunity Commission announced in January it wanted to institute a rule requiring companies with over 100 employees to disclose the compensation of their personnel, broken down by race and gender. In the private sector, Buffer, a social media firm, gained attention when it made all of its employee salary information publicly available in a Google doc.

Read Next: Where Women’s Workplace Equality Stands in 2016

Companies like Salesforce have reviewed their pay practices internally and made adjustments. SAP, a software company, found that this practice benefitted male workers as well as female, as members of both genders were given a pay hike.

Forbidding prospective employers from asking about pay history in job interviews is also picking up steam. Massachusetts became the first state to institute such a policy; New York City hopes to follow suit. And Tuesday, Eleanor Holmes Norton, the nonvoting delegate from Washington, D.C., announced she would propose a similar bill in the U.S. House of Representatives.

Likewise, the U.S. has reached a tipping point when it comes to instituting paid parental leave policies in the workplace. Tech companies like Facebook and Amazon are leading the charge, but employers across sectors have realized that, to remain competitive and retain talented workers (and cut down on turnover costs), they need to offer at least some paid leave.

Research shows that paid leave helps close the wage gap between men and women; it also allows men to take on some share of care-taking and household duties, which still disproportionately fall on women. These are good things for working women, and good things for families.

It’s also been spotlighted in this year’s presidential election. Democratic nominee Hillary Clinton has outlined a proposal for paid parental and medical leave. Republican nominee Donald Trump’s position is less clear, but his daughter Ivanka Trump, who he has said is an important advisor to his campaign, advocated for paid leave policies at the Republican National Convention. And the vast majority of workers on both sides of the political aisle want some type of paid leave policy.

More than 53 million Americans work as freelancers, according to Upwork. The percentage of independent workers—freelancers, contractors, and temps—is expected to reach 40% of the workforce by 2020. Even retirees are taking on gig work.

Depending on you who you ask, this is either an indication that work as we know it is ending, or the natural progression of America’s entrepreneurial spirit. Sure, freelancers can make their own hours, but they must worry about covering their insurance and other costs. Contractors may have the freedom to bounce between projects, but they are rarely guaranteed maternity leave, paid vacation, a 401(k), or health benefits.

Whether or not you think freelancing and gig economy jobs are good for workers and the economy, however, they’re here to stay. And there are a lot of unique problems facing these workers. For example, just 12% of contractors are offered some type of retirement plan, like a 401(k), from their employers.

“In the rapid growth of the online gig economy, many workers have felt squeezed and at times dehumanized by a business structure that promises independence but often leaves them at the mercy of increasingly powerful companies,” writes the New York Times.

Uber drivers across the globe have made headlines for their efforts to unionize and be considered employees, rather than independent contractors. With an ever-increasing proportion of the population looking to make a living in the gig economy, these are issues that shouldn’t be overlooked. These are issues that future administrations in Washington and employers across America will be compelled to address. Hillary Clinton, the Democratic nominee for president, has specifically called out gig economy workers in some of her campaign rhetoric.

“I’ll crack down on bosses that exploit employees by misclassifying them as contractors or even steal their wages,” she said during an economic speech in July in New York City.

Another trend gaining traction is the restructured work week: Firms are allowing more employees to work from home or shift hours away from the standard 9-to-5. Others are cutting back on the 40-hour work week altogether. Amazon recently announced it was launching a pilot program of 30-hour days for some employees (at a pay cut, natch), while companies in Sweden became the envy of the working world for their 30-hour week experiments.

Proponents of flexible hours and shorter weeks argue that the modern economy calls for them. Numerous studies have shown that humans can only be productive for so long. In other words, in an economy that doesn’t directly rely on manual labor as it did in the past, the 8-hour work day is no longer efficient.

This flexibility also benefits parents and those caring for sick relatives. And for those companies who want to retain the best of the best workers, flexibility is key. According to the Huffington Post, “61 percent of full-time independents cite the ‘ability to control my own schedule’ as the top reason to work solo, compared with only 38 percent who cite money as the most important motivator.”