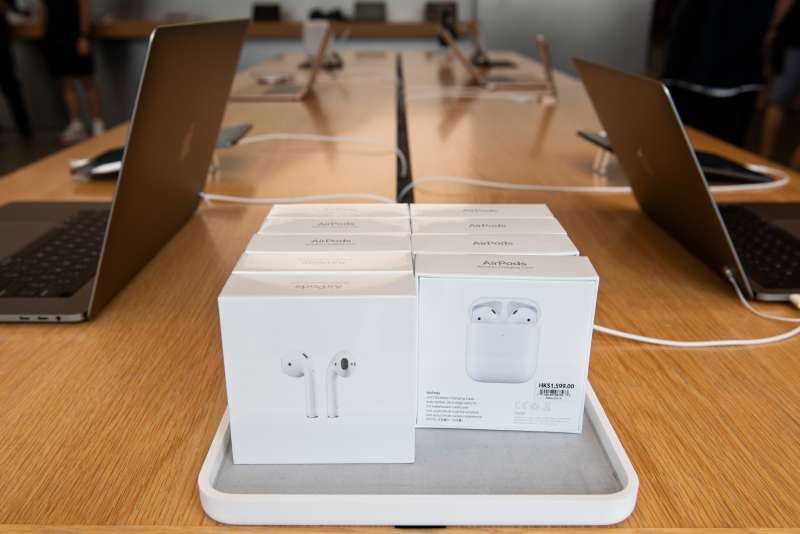 Last week, we pointed out a number of AirPod sales, as major retailers like Amazon, Walmart, and Best Buy compete fiercely to feature the best Apple deals. Now, it looks like even more Apple AirPods deals have sprung up, with prices dropping to their lowest point since Cyber Monday.

So if you have a loved one who loves music but hates having to deal with cords, maybe now is the time to introduce them to the wireless lifestyle?

The cheapest price on AirPods last week was $144. But AirPods are currently available at Amazon for $139. That’s $20 off the list price ($159), and it’s the best AirPods deal we’ve seen since Black Friday and Cyber Monday, when Walmart and others had AirPods on sale for as little as $129.

Meanwhile, AirPods remain on sale for $144.99 over at Best Buy and Target, and they’re available at the slightly cheaper price of $144 at Walmart.

What about AirPods Pro deals? Well, not only are there no “deals” out there at the moment on Apple AirPods Pro earbuds, but they’re virtually sold out nationwide. If you are interested in the much-ballyhooed AirPod Pros, you are probably going to have to wait, as they are sold out all over the place.

The earliest Apple can ship you a pair of AirPods Pro ($249) is January 9, and they’re listed as sold out by retailers like Walmart and Amazon. Alternately, if you’re truly desperate to get AirPods Pro earbuds by Christmas, there are multiple listings on eBay, though you may have to pay $100 extra over the already exorbitant regular price. That’s right, many sellers are asking around $350 for AirPods Pros on eBay.

What are the best AirPods alternatives? If you aren’t married to Apple, there are plenty of other wireless earbuds on the market you might want to consider.

As noted before, the Jabra Elite 75t earbuds sell for $180 and feature a sleek black design and a seven-hour battery life — which tops the AirPod Pro.

CNET called the Sony WF-1000XM3 the best “noise cancelling” buds available, and they are for sale at Amazon for $198.

PC Mag gave high marks to the Soundcore Anker Liberty Air True-Wireless Earphones, which feature “very strong audio performance, especially for the price.” You can buy a pair for $79.99 at Amazon.

Speaking of price, it’s tough to beat the Wireless Earbuds, EarFun Free Bluetooth 5.0 Earbuds, which are on sale right now for $49.99 (list price: $79.99) and feature Hi-Fi Stereo Sound, as well as plenty of praise from CNET.