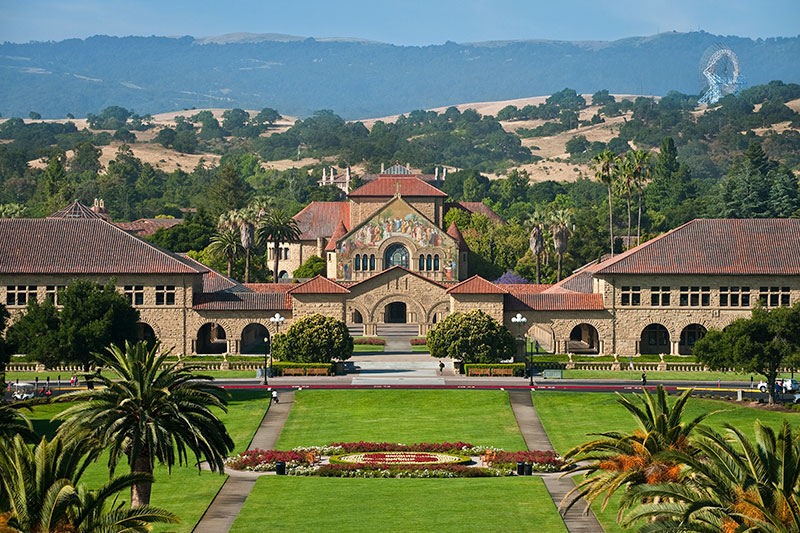 Parents and students have both named Stanford University their top dream college – the school they most wished they (or their student) could attend if cost and acceptance were not issues – in a Princeton Review survey for most of the past decade. Part of the draw: The faculty here features a stunning array of innovative and important thinkers, including 20 Nobel laureates, more than 20 MacArthur fellows, and three Pulitzer Prize winners. Stanford is one of the hardest schools in the country to get into, accepting less than 5% of applicants. Once there, the educational demands can be intense. Students often describe themselves as "ducks," because they try to appear serene while paddling desperately to keep going (there's also a popular Facebook group for students called "Stanford University Places I've Cried"). But the results speak for themselves, especially in nearby Silicon Valley. Not only does Stanford have a 96% graduation rate, but its former students also founded Google, Yahoo, Cisco, and many other tech companies. At the same time, Stanford is generous with aid. Parents earning less than $75,000 are not expected to contribute anything to their students' college costs; those earning less than $150,000 aren't expected to pay tuition. Stanford's Mission-style campus is vast, and most students use bicycles to get around. An NCAA Division I school, Stanford has a longstanding football rivalry with the University of California-Berkeley. Campus traditions include the Halloween Mausoleum Party, which is held at the Stanford Mausoleum, the burial site of Leland Stanford Jr. His father, a California governor and railroad baron, founded the university in his memory after the boy died at age 15.

% of students with need who get grants
99%

Average time to a degree
4.3 years