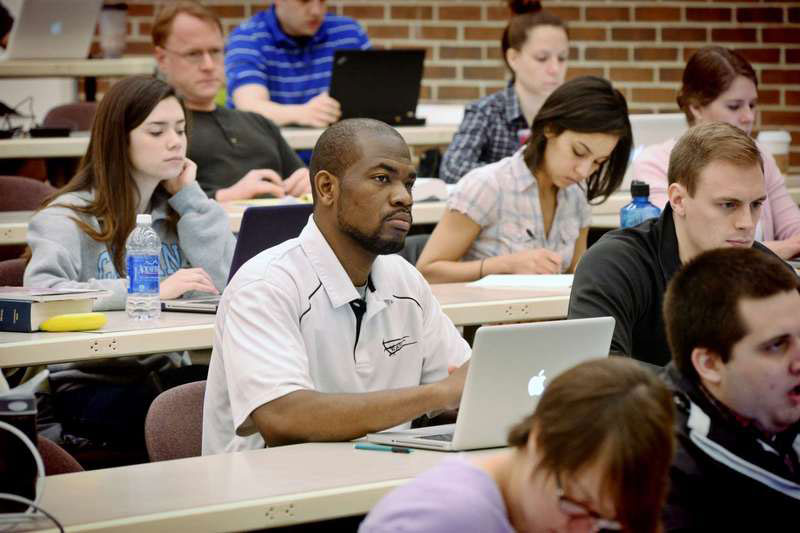 The University of North Carolina at Chapel Hill, the nation's first public university, has long been known as one of the best bargains for a competitive school. Among the strongest departments at UNC are biology and other sciences, traditional liberal arts such as religious studies, and journalism. The school is tough to get into, only admitting about 25% of applicants to join its roughly 19,000-person undergraduate student body. (Out-of-state applicants face even longer odds.) UNC offers 74 bachelor's degree programs; it has a high graduation rate of 89%. Sports play a big role on campus: Basketball games are typically sold out, especially when the Tar Heels face Duke, their fiercest rival and the Tar Heels are regular contenders in the annual March Madness tournament. But basketball is hardly the university's most successful sport. The women's soccer team has more than 20 NCAA titles. When they aren't studying or cheering, students have access to hundreds of on-campus clubs as well as the college town's many nightclubs and restaurants – including Al's Burger Shack, home to what TripAdvisor once named the best cheeseburger in America. The student body loves tradition, like having a drink from the Old Well to ensure good grades or signing their names inside the bell tower. The campus is no stranger to bold-faced names. Former presidents like John F. Kennedy and Bill Clinton have addressed students in the past. Professor Aziz Sancar, a researcher at the UNC School of Medicine, won the 2015 Nobel Prize in chemistry. Alumni include author Mary Pope Osborne (of Magic Tree House fame) and YouTuber Mamrie Hart.

% of students with need who get grants
90%

% of students who get merit grants
5%