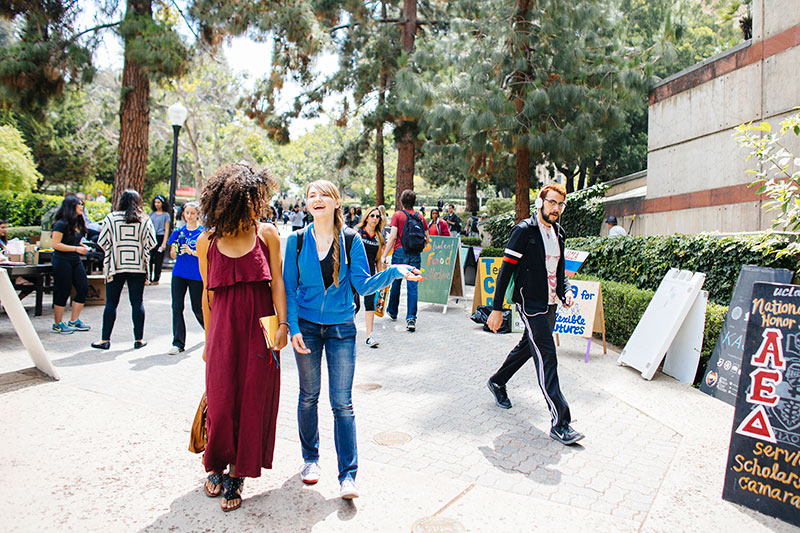 There's a lot of star power at UCLA. There are professors like computer science pioneer Leonard Kleinrock, who sent the first message over the Internet; Pulitzer Prize-winning geographer Jared Diamond; and Terence Tao, who won the Fields Medal, for outstanding mathematicians, in 2006. And then there are the students. The Theater, Film, and Television school is among the best in the country, and scores of former students are working in movies and on television, including Mariska Hargitay, Jack Black, and James Franco. On the sports front, the Bruins have produced a galaxy of stars, including Arthur Ashe, Jackie Robinson, Kareem Abdul-Jabbar, Troy Aikman and several Olympians in track and field. That said, the university does a fine job of supporting ordinary students as well. About one-third of its students come from low-income families, and about 92% eventually graduate – about 16% more than is expected for schools with similar student bodies. Bruins tend to graduate into good jobs, with median annual salaries of about $73,700 ten years after they began school. The university also offers more than 1,000 clubs and organizations, including the Daily Bruin newspaper, and Campus Events Commission, which programs free sneak previews of films on campus. Students looking to escape the bubble of Westwood Village are only a short drive away from both Beverly Hills and the beach in Santa Monica.

% of students who get merit grants
4%