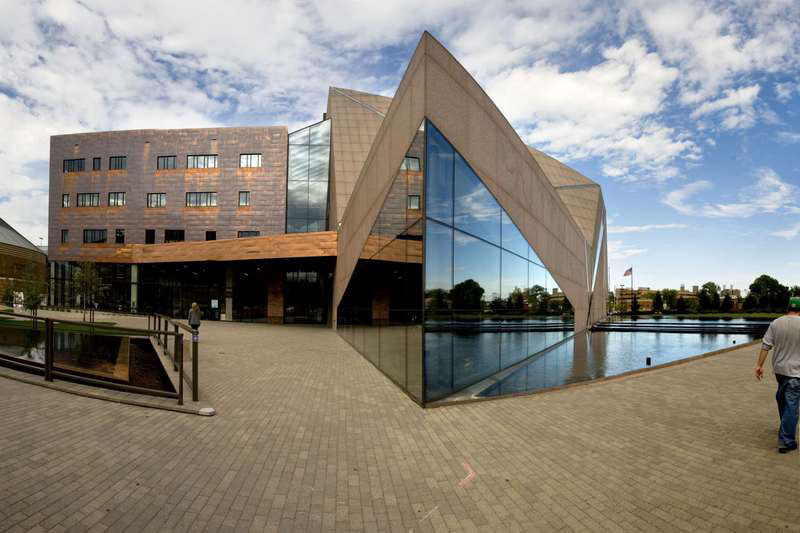 The University of Minnesota, Twin Cities is the oldest of the university's five campuses as well as its flagship. With about 36,000 undergraduates and 16,000 graduate and professional students, it's a big school with facilities to match. The university prides itself on its reputation for research. One of its claims to fame is developing the Honeycrisp apple (plus several other apple varieties). Other major developments came from Professor James J. "Crash" Ryan, who held a patent for the first retractable seat belt, and also invented the flight data recorder known as the "black box." The university says students have the opportunity to do research alongside professors, regardless of their major. Students also have more than 1,000 campus organizations to choose from, along with intramural and club sports, and an active Greek system. Another invention on U of M’s list? The practice of cheerleading, dating all the way back to 1898. Its graduation rate of 80% is slightly higher than expected of colleges with similar student bodies, according to a Money's analysis of graduation rates. With its location near the Twin Cities of Minneapolis and St. Paul, there are two cities' worth of concert halls, museums, restaurants and bars to explore. Finally, U of M's Gophers compete against some of the best sports teams in the country. The mascot, Goldy, is famous, too. If you're on campus and need some good luck, go rub his buck teeth.

% of students with need who get grants
87%

% of students who get merit grants
11%

Average time to a degree
4.2 years