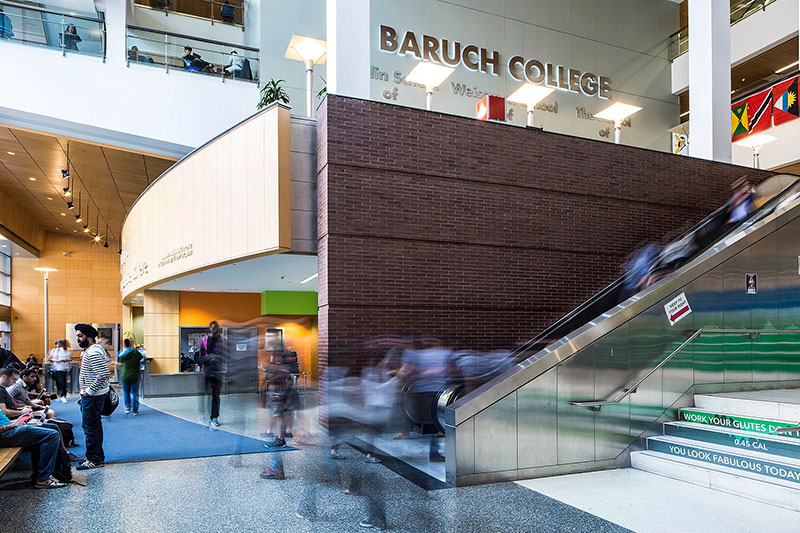 Baruch College was named after financier Bernard M. Baruch in 1953, and it still has a money-related focus decades later. Accounting, finance, and marketing are the most popular undergraduate programs. About three-quarters of its 15,000 undergrads study in the college's well-known Zicklin School of Business, which is located just a few miles from Wall Street, as well the headquarters of many major corporations. Baruch's New York City campus also helps make it one of the most ethnically diverse colleges in the country. People at Baruch speak over 110 different languages, and more than a third are first-generation college students. About 45% of undergraduates are considered low-income. Another impressive statistic: Ten years after first enrolling, alumni earn a median salary of $67,100, which Money estimates is about $7,000 higher than expected based on graduates of similar universities. Those strong salaries, along with the students it admits, help Baruch stand out on measures of socioeconomic mobility. While the Manhattan campus is dominated by commuters, Baruch still offers several traditional student activities, including a campus newspaper called The Ticker, active student government, and 13 Division III sports teams. On the less traditional front, there are clubs for calligraphy and roller hockey, and an e-sports association.

% of students with need who get grants
92%

% of students who get merit grants
3%

Average time to a degree
4.4 years