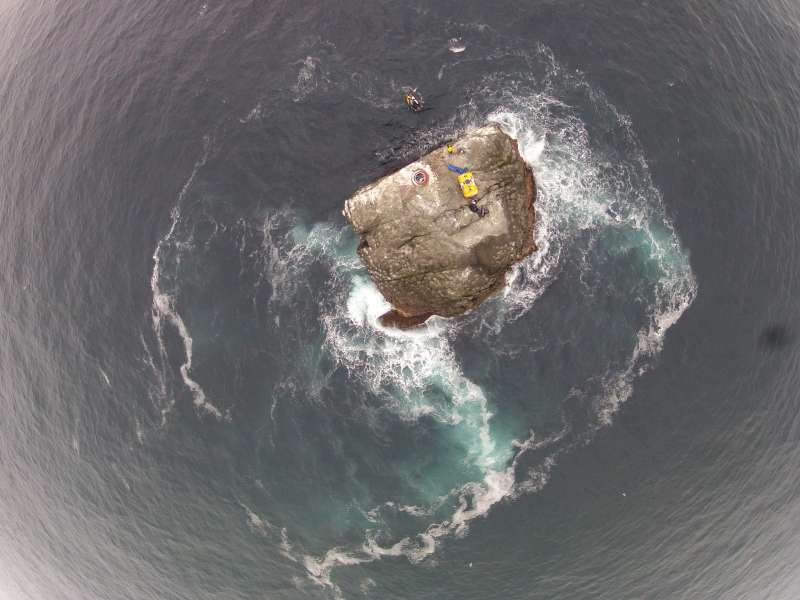 How would you like to visit a super tiny, uninhabitable island in Scotland, for roughly 20 minutes, for about $2,000?

In early May 2020, 18 tourists and around seven crew members will board a 1918 tall ship to be the first public tour group to visit Rockall, a volcanic remnant 260 miles to the west of Scotland’s Outer Hebrides, The Daily Mail reported.

To organize the trip, Kraken Travel teamed up with Lupine Travel, a tour company that takes travelers to “hard-to-visit and remote places,” including North Korea, Chernobyl, and Iran.

Within one week of announcing the itinerary, Lupine Travel said the £1,595 trip was completely booked, The Scotsman reported. “We expected it to be popular but not as popular as it has been,” said tour director James Finnerty.

Finnerty believes “this is the first time tourists have publicly been able to book this trip.” Previously, interested adventurers could only reach the islet by private boat or helicopter. Less than 200 people have reportedly visited Rockall in total, the last time the rock saw any guests was in 2016. Nick Hancock, a Scottish adventurer who previously broke records in 2014 after spending 43 days on Rockall, will be leading the expedition.

“It is a pretty barren place and you can’t really move around too much,” Hancock told The Sunday Post. The main ledge is about the size of a large single bed. There is another flat area on the summit which is about half that size.

“The main issue is not being able to walk around too much and, if there hasn’t been a storm, there is usually a lot of bird guano, which makes it slippy and very smelly,” he said. “Then with the sea and winds, it can be a pretty bleak and cold place.”

The disclaimer on Kraken Travel’s website warns that there will not be a refund should the expedition fail.

According to The Scotsman, travelers will don wetsuits, boots, and floatation devices before climbing onto Rockall. Once they’ve landed, they will get to spend between 15 to 20 minutes on the islet.

Those who do manage to visit the volcanic shard become members of the “exclusive” Rockall Club. It was founded in 2012 in celebration of the 40th anniversary of Rockall joining Scotland, reported The Sunday Post.

Although the U.K. has laid claim to the rock — and the surrounding territorial sea — since 1955 (with the Island Of Rockall Act finalizing ownership in 1972), Ireland, Iceland, and Denmark do not officially recognize this. Irish prime minister Leo Varadkar, for one, says that the 12 nautical miles around Rockall are part of the European Union and “should be shared” by all members.

The voyage will depart from Oban on May 2, 2020, with one stop at St. Kilda. Although the trip is scheduled to take seven days, the actual time could change depending on the weather.