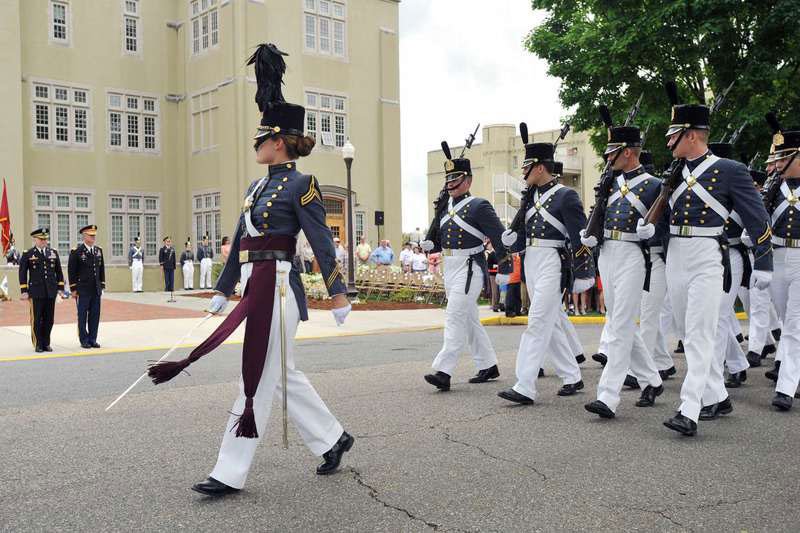 The Virginia Military Institute, often referred to as the West Point of the South, is the oldest state-supported military college in the country. Student life shares some similarities with Army service, like the fact that cadets live in modestly furnished barracks with up to five others, not in dorms. They wear uniforms to class, must keep shoes polished, and march in formation. Unlike West Point, however, VMI charges tuition and does not require students to serve in the military after graduation. VMI offers bachelor's degrees in subjects like civil engineering, physics and modern languages. The first semester is notoriously challenging: So-called "rats," aka freshmen, must keep themselves spotless, stand at attention, and perform school songs or yells at the behest of upper class cadets. After a six-year legal battle that landed in the Supreme Court, the school started admitting women in 1997. Today, women make up nearly 15% of the 1,700-person student body. Ten years after enrolling, students who attend VMI post median annual salaries of nearly $72,000. Every student is encouraged to play a sport, whether on a club or a team, and offerings include lacrosse, water polo, ice hockey, paintball and wrestling. The Keydets play in Division I, and have an unusual mascot: Moe the kangaroo.

% of students with need who get grants
77%

% of students who get merit grants
14%