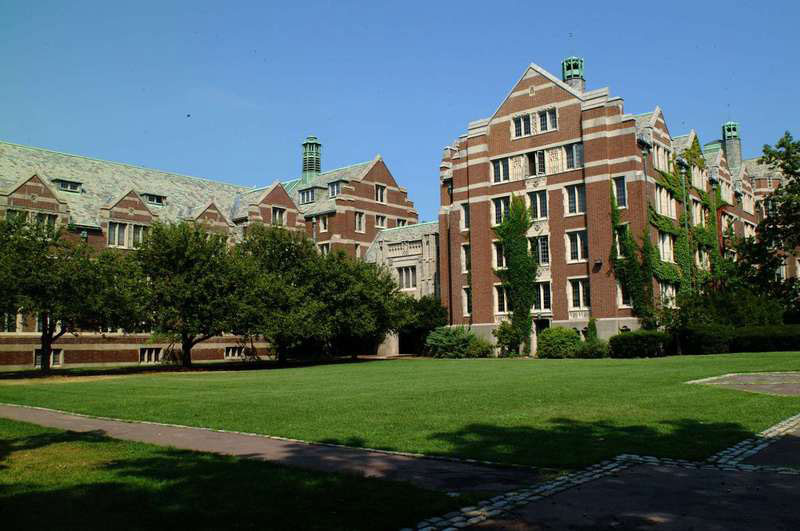 Wellesley College is one of the Seven Sisters, the prestigious consortium of East Coast women's colleges once seen as the female equivalent of the predominantly male Ivy League. Decades later, the Massachusetts-based Wellesley still attracts an impressive group of applicants: In the class of 2026, nine out of 10 students were ranked in the top 10% of their high school class. The college has a student-faculty ratio of 7:1, and professors teach only two courses per semester, allowing them time for one-on-one work with the school's nearly 2,400 students. Wellesley prides itself on educating future leaders, and students don't have to look far for examples, since women make up the bulk of senior leadership on campus. Some of its most well-known alums include the late former Secretary of State Madeleine Albright, Hillary Clinton, author Nora Ephron and broadcast journalist Diane Sawyer. Among the school's 180 student organizations are a set of co-ops, including a student-run pub called Punch's Alley, which hosts such gatherings as a Lizzo listening party and viewing of Beyonce's Homecoming.